I have not had time to really read or watch all of this...so I am putting it here to read when I am not tired.

I decided to put a better post here as I was very blessed by John Piper's ministry at one time...now I must say with grief in my heart that I no longer follow him or most the folks he has joined himself to.

You will find the link to Apprising Ministries in the sidebar. 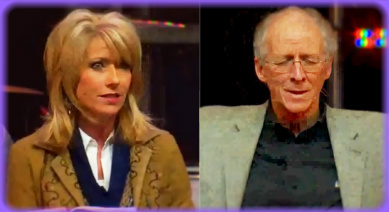 UPDATE
This makes everything a lot clearer:
WHAT JOHN PIPER AND JIM WALLIS HAVE IN COMMON AND WHY THE POPE WILL BE DELIGHTED
Apprising Ministries has been warning for years concerning the evil effects of the neo-liberal in the Emerging Church aka the Emergent Church.
It’s an incontrovertible fact that right from its hatching in hell corrupt Contemplative Spirituality/Mysticism (CSM), such as that taught by Living Spiritual Teacher and Quaker mystic Richard Foster along with his spiritual twin and Southern Baptist minister Dallas Willard, was a core doctrine.
Spreading as a spiritual cancer throughout apostatizing evangelicalism, we even see that it’s slithered all the way into the New Calvinst neo-reformed camp e.g. as in Acts 29 Network And Reformed Counter Reformation Spirituality? One of the fruits of CSM is a blurring of doctrinal lines, which is particularly dangerous in this time of postmodernism and growing spiritual blindness.
It’s also giving rise to a rebirth of Pietism; this isn’t surprising when you consider that CSM flowered in the antibiblical monastic traditions of apostate Roman Catholicism. As the evangelical fad of CSM expands there’s a decided charismania also developing, which is producing a syncretism where Word Faith heretics like Joel Osteen and T.D. Jakes are essentially considered mainstream now. With all of this has come more and more people claiming to have direct experience with God.
The end result is making the climate more condusive for things like Beth Moore Recommending “Jesus Calling” Book Claiming Direct Divine Revelation. This is the backdrop upon which to better see what’s happening as you watch the video clips to follow below from the Passion 2012 Conference. This conference has been going on in Atlanta, and was largely aimed at young adults and students.
Hosted by Louis Giglio, pastor of Passion City Church in Atlanta, Passion featured an interesting lineup of speakers such Francis Chan, Beth Moore and New Calvinist mentor John Piper. Not surpisingly the conference had a distinctive charismatic and even contemplative flair; e.g. prayer walking. After one session the crowd was urged to break into “love groups” and go out to pray and “take back the city of Atlanta.”
Years of emerging bombardment of pro-CSM propaganda aimed at younger sectors of the Christian community fired right out of evangelical publishing houses has also had much effect upon the broader culture of the more charismatic/emotion-driven side of the church visible as well. To serve as an illustration, below we have SBC Lifeway-sponsored Beth Moore praising an apostate (at best) Roman Catholic mystic and the crown jewel of CSM.
If you didn’t know, this is a form of meditation in an altered state of consciousness commonly known as Contemplative/Centering Prayer (CCP):
Moore’s admitted practice of some form of CCP, which is actually divination, has opened her up to even receive direct revelation and visions from God. Below from a 2002 series called Believing God, available right now at Lifeway’s website, Moore describes a vision God gave her concerning His Church.
Sounding not too unlike Word Faith wingnuts she tells us God took her into some kind of dimension where she was able to see the Body of Christ as Jesus sees it:
Apparently the Protestant Reformation was really some sort of horrible mistake because Moore’s Jesus sees the Roman Catholic Church as another Christian denomination. This becomes clear below as Moore demonstrates what she saw in her vision from God:
Yet despite this obviously false vision ten years ago, there was Beth Moore preaching to thousands alongside New Calvinists John Piper and Francis Chan. I guess we really should expect this because Piper has told us before: “I’m Happy To Learn From Beth Moore.”
Who knows, perhaps he even shares Moore’s view that men like John MacArthur are guilty of teaching extreme error in the Body of Christ:
By the way, the other extreme teaching in the Body of Christ that Beth Moore sees is what she calls “sensationalism.” Something I personally think she’s now become involved in. As I said earlier, the CSM being dabbled with now in mainstream evangelicalism is bringing about a form of Pietism; an emotional, sentimental, emotion-driven form of worship. What you saw at Passion 2012.
Christian apologist Bob DeWaay is dead-on-target as he explains:


Pietism is difficult to define because it can be taught and practiced in an unlimited number of ways. Some versions appear to be innocuous while others are so radical that most people would see that something is wrong. I now know that no version of pietism is actually innocuous. If a teaching is called pietism but teaches no more than what God has always used to sanctify Christians, then it is not really pietism. Real pietism always harms those who embrace it.

The essence of pietism is this: It is a practice designed to lead to an experience that purports to give one an elite or special status compared to ordinary Christians. The Bible addresses this error in the book of Colossians. The false teachers in Colossae claimed to have the secret to a superior Christian experience that would cause people to rise above the bad “fate” they feared. Paul went on to explain that they already had everything they needed through Christ and His work on the cross. Another way of stating this is: If after having fully trusted Christ’s finished work on the cross, you are told that you are still lacking something, you are being taught pietism.

Church history is littered with misguided pietistic movements. Many of them are linked with mysticism… Pietism can be practiced many ways including enforced solitude, asceticism of various forms, man made religious practices, legalism, submission to human authorities who claim special status, and many other practices and teachings.
(Online source)

In closing this, for now, I’ll show you something that gives us real cause for concern in the seeming dangerous drift of Beth Moore and John Piper. Following are clips from Session 5 of Passion 2012 where we were to enter into the silence to let God speak to us, not only through Scripture, but directly inside of us as well. However, this is language actually straight out of CSM and can also refer to the TM-lite of CCP.
Beth Moore, John Piper et al each took turns reading from the Book of Ephesians; then they each would ask for silence and say something along the lines of: “Be still and let Jesus speak to you.” This is Beth Moore:
Now John Piper:

Finally, here’s Louis Giglio closing out Session 5. Any doubt about what’s been going on in the silence is dispelled at :20 below. To all but the most naive it will become clear to you that, contra the proper Christian spirituality of sola Scriptura, Giglio is talking about direct encounters with God in addition to Holy Scripture:

How many of you heard the voice of God speak specifically, clearly, directly, and personally, to you? Can you just put a hand up? I’d like you to share it. Can you put a hand up for a minute?
Just want you to look around; that’s people saying, “God Almighty (pause) the Maker of heaven (pause) the one Who’s sitting on the only throne (pause) that’s not under threat (long pause, audience cheers)—He spoke to me. He spoke to me.”
“God spoke to me.” (long pause) Don’t let the voice of the darkness, tell you that you are not (pause) worth (pause) that God would not speak to you. (pause) Don’t let him tell you, you don’t matter. (pause) God spoke to you.

Perhaps this is why more and more in the charismatic camp have been embracing the Roman Catholic Church as another Christian denomination; like Rome, they now also have the Bible…plus…

Stand Up for the Truth